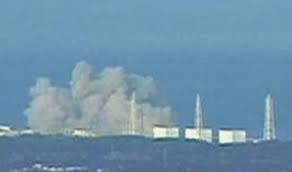 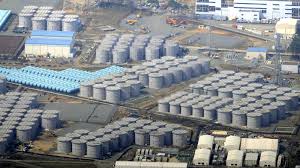 The 2013 UNSCEAR Report and the un-ended TEPCO nuclear power reactor accident on 11 March 2011 at Fukushima, Japan.

In spite of the fact that this accident is not yet over, there are continuing releases to the ocean and air, and several thousand spent fuel rods stored on the site in a precarious state, especially in the event of another earthquake, the United Nations Scientific Committee on Atomic Radiation (UNSCEAR) has produced a “final” risk assessment of the accident. This report, taken at face value, should provide reassurance to those exposed to the fallout from the accident.

Interview by Iwata Wataru of Citizen-Scientists for Radiological Protection (CSRP):

Following the Chernobyl accident in 1986 the relevant UN agencies set-up an international Emergency Response System under the leadership of the International Atomic Energy Agency. This system is governed by two legally binding Conventions, one on early warning, the other on assistance. In spite of many rehearsals for the “next accident” when it came on 11 March 2011 the system did not work. Read the interview here.

The article by Michael Fumento, published earlier this year presented a very optimistic view of the future of nuclear power. There were many points to criticise but I focused on the industry’s accident record and the lack of effective nuclear waste management.

Around the anniversary of the Fukushima accident Professor Gerry Thomas of Imperial College, London, was prominent in commenting on the risks the accident presents to the local population and returning evacuees. Most notably she appeared in a BBC video with a BBC reporter  Rupert Wingfield-Hayes and declared an evacuated settlement as suitable for risk free re-habitation. The dose rate she claimed was ~1 mSv/year, based on a single dose rate measurement of ~25mSv/year!

Subsequently, the journalist Alan Rimmer interviewed Dr Thomas. He then asked me to comment on the statements Dr Thomas had made. The verbatim interview and my responses have now been published in the May edition of “Fissionline”, a news paper for UK nuclear test veterans.